Yes, the road-trips have started again! Denver two weeks ago and then back to Peoria for last week and now this week in Salt Lake City for another photo and video shoot! The good thing is that we enjoy it because if you didn’t, it sure wouldn’t be a lot of fun!!!

We don’t always get the chance to share some of the video projects that we work on, but this week we can! This has to be the biggest video project that Jan and I have ever worked on and it wasn’t that it took weeks and weeks to shoot, but it was the time that it took to edit putting everything together that was so extensive and time consuming!

David Vaughan Investments is one of those companies in the Central Illinois area that you’ve probably never heard of, but they are celebrating their 40th anniversary this year. In this day and age when companies come and go at the drop of a hat, being in business for 40 years really says something about the company and the people who work there. To mark this anniversary, DVI worked with another one of those companies that you might not have ever heard of, Burdess and Associates to put together a video celebrating the 40 years of business. lol, the funny thing is that most people in Central Illinois have no idea who I am either, so I like to think that like DVI and Burdess, we all fly under the radar when it comes to the general public.

Unless you’ve worked on a project like this, you really don’t have an idea as to the time that it takes to make all the elements come together. It all starts with concept meetings on what the video will be about and the look that we are after. From there we interviewed the principal players at DVI and after that is when the heavy lifting really began. If you think about it, we had to whittle down two hours of interviews into a seven minute video to span the 40 years of DVI. I give a huge amount of the credit to how well this video turned out to Barb Massey and Mark Burdess from Burdess and Associates. Barb was able to craft the story from all the interviews and Mark was responsible with the look and feel of the video. Trust me, without their help on this DVI video, it never would have looked and sounded as good as it does! It takes a team of people to put something like this together and in this case we spent days and days and days together working on the editing of the video over a two month period of time! That’s a crazy amount of time, but well worth the effort when you see the finished piece!

Below is a Youtube link for the DVI video that Barb, Mark, Jan and I put together. We hope that you enjoy it as much as we do!

Alright, it’s time to get busy in Salt Lake City, so we hope that you have a great week to come and thanks as always for taking the time to check out our work! 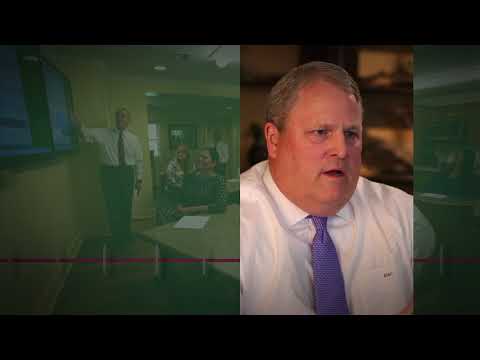